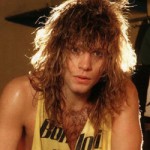 Hey folks, Harry here… From what Vern says here, you’d be better off renting Seymore Butts’ WISE CRACKS or Seymore Butts’ TWO BUTTS ARE BETTER THAN ONE starring Seymore Butts’ Young Buns. Of course there are always foreign film options like CUM GUZZLING GEISHA GIRLS or THE TWIN PEAKS OF MOUNT FUJI, but that’s entirely up to you. Then there is Rav’s favorite all time title of SHEMALE YUM TAKES ON ASIAN AMERICAN LADYBOYS or Quint’s fave – PRINCESS ON THE PORCELAIN. But there is always Moriarty and mine’s favorite that we love to watch on those lonely nights: BRIDGET THE MIDGET: TATTOO MENU & A PIERCING EXPERIENCE. Join us if you will, or be like Vern….

Well boys there’s nothin like a mediocre straight to video sequel to start off your day. I didn’t even know they were makin a sequel to this one until I got ahold of the screener tape. I guess alot of people would ask “Who the fuck cares about VAMPIRES?” and laugh it off. It’s always weird when out of the blue they got a sequel to some movie you never knew anybody really thought about anymore, like URBAN LEGEND or MIMIC or MEN IN BLACK.

But I like most of Mr. Carpenter’s works and I think VAMPIRES is one of the good ones. James Woods is great throwin on the leather jacket to put his skinny old man frame in the Kurt Russell/Roddy Piper role. I guess he made up alot of his lines and maybe that’s why they work (Roddy Piper did the same in THEY LIVE. I bet poor Ice Cube stuck to the script in JOHN CARPENTER’S DISAPPOINTING GHOSTS OF MARS. I still can’t believe his name was “Desolation Williams.”)

Nothing about VAMPIRES seemed real radical but it had a feel of its own. How many vampire movies take place mostly in daylight in sunny, dusty Mexico, with that famous John Carpenter “it’s really a western” tone? And it just had a raunchiness that was much needed at the time, with the most macho dialogue of any John Carpenter movie, all the main characters being sadistic assholes, and lots of the ol’ latex-and-blood-packs gore effects. I don’t remember any god damn morphing in that picture. The master vampire tore Mark Boone Junior in half, and it was organic.

And if none of that impresses you you at least had to appreciate the first attack on a vampire nest, seeing the way these vampire hunters have methodically worked out their SWAT team tactics so they can hook vampires up to cables and drag them out into the sun. Fuckin vampires.

So I’m sure there are a few people out there like me who appreciated VAMPIRES, and a couple of them might even think hey, VAMPIRES was done on a low budget, it had a premise that could easily be continued with different characters, maybe I’ll check this one out.

Until you hear that it stars Jon Bon Jovi. I believe he was the guitar player for Van Halen or something, and he was in that one Whoopi Goldberg movie about knitting blankets. On the back of the box for this one it should say “I heard he got his head chopped off in U-571, that submarine movie you never got around to renting and then lost interest in.”

Well the movie’s not terrible or embarassing but it just fails to achieve any of the important goals of a sequel. I agree with Harry, or whoever else says that BLADE II is the perfect sequel. That’s a movie that both captures what was great about the original and spins it off into all new territory. Maybe we should lower our standards for this one though, since it’s straight-to-video. The best straight-to-video sequel I can think of offhand is FROM DUSK TILL DAWN 2. Filmed in South America with the limited resources available to a straight-to-video vampire sequel, they couldn’t really capture the atmosphere or of course the perfect casting of the Robert Rodriguez original. But with the pacing problems out of the way (since they already know you already know its vampires) and the relentless b-movie spirit of directionist Scott Spiegel, they managed to make the thing entertaining. It at least deserves recognition as the movie with the most goofy POV shots of all time. Off the top of my head I remember a camera on a bat, one inside a vampire’s mouth, one on an oscillating fan, one on a guy doin pushups. They took what spirit they could from the original and tried to be inventive with it, tried to come up with new angles.

VAMPIRES: LOS MUERTOS doesn’t seem to be trying as hard, though. They do a surprisingly good job of capturing the look of the original, but then the story is just a half-assed rehash. You got another master vampire trying to steal the same cross for the same reason. You got another tough guy vampire hunter leading another ragtag team with another tense relationship with another catholic padre vampire expert. Again, they have a woman they pick up because she’s been bitten and can help them track the master vampire (as in the first movie and in Bram Stoker’s book about the vampire, can’t remember the title). And again, one of the slayers gets bit and tries to hide it. He’s the closest thing to a convincing badass in the movie but 5 minutes after they introduce him he falls for the ol’ “strange woman appears out of nowhere and tries to give him a blowjob, and he doesn’t realize she’s a vampire” routine.

The twists they try to add are minor and unimaginative. They made the master be a woman this time (played by the blonde vampire from BLADE, but now she’s brunette, so she looks like the CIA ex-girlfriend gal from 24). Instead of being bit and slowly turning like the Twin Peaks gal in the first picture, the female character this time has been semi-cured by an experimental drug. Nobody seems surprised or impressed that vampires can be cured, maybe because they’ve already seen NEAR DARK and BLADE and BLADE II.

Later Jon Bon Jovi (whose character is named “Derek Bliss” by the way. Jesus.) uses the vampire cure on himself – in reverse. Whatever that means. It slows down his heart so he can infiltrate the ritual. I guess he hasn’t seen VAMPIRES or he’d know that James Woods infiltrated the same ritual without slowing down his heart. And how did he take the medicine in reverse? I just don’t get it.

And then you just don’t have the same texture as the first one. Everything is the same amount or less. There’s no new vampire mythology, very little new ways of killing vampires (or vampires killing), less detail about the organization of vampire slayers, very little gore or goreless scares to replace the gore.

You get a couple more padres but they back away from the theme of weird secrets and corruption in the Catholic church, even though it would be more resonant now. And the slayers don’t seem to come from the same macho world, they’re just generic pretty boys in leather jackets. Bon Jovi even gets scolded for calling Natasha Gregson Wagner a “girl” instead of a woman. And since they don’t have much charisma or presence you don’t give a fuck what happens to them and you lose the macho male bonding angle, like in the first one when James Woods gave whichever Baldwin brother it was a headstart before hunting him. You get none of that.

So you got nothin. Nothin to convince you that there was some reason to make this.

The movie was written and directed by Tommy Lee Wallace, who has worked with John Carpenter since the old days. He was “associate art director” on DARK STAR, he edited HALLOWEEN, he was production designer on THE FOG, etc. As a director though he hasn’t really distinguished himself. He did HALLOWEEN III which was okay, and I guess somebody probaly still likes the mini-series of Stephen King’s IT. Otherwise his filmography is full of stuff you never heard of and some episodes of BAYWATCH and THE NEW ADVENTURES OF FLIPPER starring Jessica Alba. Which I guess is why he got stuck with this job.

DTV DTV sequels vampires
This entry was posted on Monday, July 15th, 2002 at 1:23 pm and is filed under Action, AICN, Horror, Reviews. You can follow any responses to this entry through the RSS 2.0 feed. You can leave a response, or trackback from your own site.