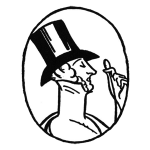 This is a whole documentary about one single joke, so let me tell you what the joke is. I am not a good joke teller but this is the joke.

Some guy walks into a talent agency, says look mister can I please have a moment of your time, I got an act here and I think you will agree it’s gonna knock your fuckin socks right off of your ass. It’s a family act, I got my wife and my kids involved and what not, real fancy, etc. So the talent guy says okay, you know I got a couple minutes before I have to meet somebody, you got two minutes to give me your pitch there asswipe.

So the guy says well you know we come out, my wife is playing piano real soft, we got these matching uniforms – I got some glossies in my billfold here if you want to see em, they got sequins and everything. And I come out and I balance on one toe on top of the piano while she’s playing, right? And she’s real good, kind of a ragtime style but she puts her own spin on it you know? Then my kids come out, they’re teenagers but they’re wearing diapers right, and this homeless guy has them on a leash, and they’re carrying magazines in their mouths, like Motor Trend, The Economist, stuff like that. I got subscriptions to these magazines already by the way, I don’t expect you to provide anything, we have all the equipment already. Just so you know. Anyway they put the magazines down in front of me and I look at the pictures and I just start jerking off all over my wife’s hair. So then my wife stands up and just takes a shit all over the keys of the piano and smears it all over, and smears the cum all over it with her hair, and then the kids start playing a duet of the theme from Rocky. Not Eye of the Tiger, the actual theme by Bill Conti. Then the homeless guy pulls out this mason jar full of brown recluse spiders and lets them loose, and they’re trained to crawl all over us, right. And we all start pissing all over each other, and shaving each other, and smearing the spiders and hair around. And then you know, I don’t know if you’ve seen that movie My Neighbor Totorro. Well my wife has a costume of the neighbor Totorro, but it has an asshole on it, and this shetlund pony comes in from stage right, there’s kind of a real classy sort of reddish orange lighting at this part, very moody and atmospheric you know, so anyway the pony starts just fucking away at the Totoro. And in the movie there’s these little girls that are trying to visit their mother in the hospital, well my kids make little sculptures of the girls from the movie out of all the shit and hair and dead spiders and everything. They’re good sculptures too, I mean my daughter is better at it, my son’s actually looks kinda like a snowman or something but he’s getting better at it. Anyway we got the shit dolls on sticks and then they act out the end of the movie except in this version the pony is fucking the totoro up the ass. I mean don’t worry, it’s only a small pony, we’re not talking no Enumclaw shit. Well I guess medium sized because actually, I mean the pony’s name is Maximus, he’s pretty large for a pony but, you know. Not as big as a horse, it’s not that bad. Anyway, point is we got it timed so exactly as the pony cums, these red white and blue fireworks go off, and we dedicate the whole thing to the victims of 9-11.

So there’s kind of a pause there and the talent agent looks at the guy, says, “Wow. I mean I never– I mean, what do you call an act like that?”

And the guy says, “The Aristocrats!”

I know, I don’t get it either, but that’s the joke the movie’s about. Some of the people in the movie make it funny, some of them admit it’s not a very good joke. Everybody has a different variation on it. Only the setup and the punchline are the same, but everybody makes up their own filthy, offenseve act, usually involving shitting, incest and dogfucking. Because you’re not supposed to talk about that stuff, so obviously that means it’s hilariously funny. Ha ha ha the guy from Full House is being naughty. The premise of the movie is that different joke tellers “riff” on this joke like a jazz musician or one of those new hippies they got that noodle on a fuckin guitar all day at some outdoor campout musical festival. “It’s the singer, not the song” the movie argues. And nobody argues back, because who the fuck cares. It’s an interesting topic though and there’s alot of funny variations on this horrible joke, lots of laughs during this documentary.

So if you were at a screening where some crazy guy yelled out FOR THE LOVE OF CHRIST JUST TELL THE FUCKING GOD DAMN JOKE then, well I never talk during movies but I wouldn’t be surprised if somebody did that. And the movie keeps that smarmy, insidery tone throughout. Acting like they are doing us a big favor, letting us in on the elite top secret comedian shit they learned from the Aztecs. And it has this reverential tone toward any semi-recognizable comedian, from Robin Williams to Drew Carey to that bureaucrat that almost gets Ripley killed in ALIENS. They get Chris Rock on there for about 20 seconds but he doesn’t comment on the actual joke, he seems to be saying that only white people care about a stupid joke like that. I think Whoopi Goldberg is the only other black person in the movie, which is too bad because I bet Rudy Ray Moore could’ve told the joke better than any of these motherfuckers.

Don’t get me wrong, there’s alot of laughs in the picture and I’m being extra hard on it just because I heard so much about it ever since it’s been playing film festivals. But at the same time, they do got a guy that makes wacky faces. They do got a ventriloquist that says racial slurs and calls you a cocksucker – there’s an act with alot of dimension.

“So you said you were a performer?”

“Oh no, don’t worry, I know what you’re thinking. But I’m not like those regular ventriloquists, like a magician or something. I’m an underground ventriloquist. I’m part of the alternative ventriloquist scene.”

“What’s- how does that work? Is that still with puppets?”

“Well, not puppets. We call them dummies. But yeah, I mean it’s totally different though. See, my dummy is an asshole and says fuck and cunt and stuff like that.”

Anyway, so Sarah Silverman is pretty funny, and George Carlin’s in there, but it’s not exactly a perfect comedical pedigree in my opinion. I mean they end with fuckin Tim Conway. I’m not joking. Emo Phillips also. Carrot Top. All the top guys.Yakov Smirnoff is missing but I bet he’ll be on the dvd. Him and Weird Al maybe do a commentary track.

The most interesting part of the movie takes place at a Comedy Central roast for Hugh Hefner. I think I remember seeing this thing but what you see in the movie is the parts they cut out. It was in New York, less than a month after 9-11, when people still weren’t sure what to laugh at or what to joke about. Gilbert Goddfried makes a couple 9-11 jokes and the audience is pissed, they’re apparently booing and yelling “too soon” (we only hear a description of this part, I guess the cameras must’ve been turned off) so suddenly he shifts gears and decides to push it in a different way. He tells the aristocrats joke to the audience, something that the movie previously said had never been done because it was such super freemason secret higher echelon top secret black ops stuff that only Drew Carey and the ventriloquist who says cocksucker know about. And the guy from Full House. But strictly those guys, backroom top secret off the record meetings in the basement of Giggles. And make sure you weren’t followed.

Anyway it’s interesting to watch Gilbert Goddfried win over this audience by speaking horrible obscenity at a television taping. The movie kind of ruins it though by having an overly reverential interview with some guy from the New York Observer or something talking about watching the faces of the comedians who are in on this unbreakable universal bond of comedian brotherhood. And for some reason, even though Gilbert Goddfried is interviewed for the movie, I don’t think they have him talking about telling the joke. They treat it like it’s the Beatles on Ed Sullivan or the discovery of penicillin but they don’t bother to ask the guy who did it. (Unless I’m forgetting. Correct me if I’m wrong.)

Hopefully the DVD will have the uncut performance. I’d like to see that.

At the beginning of the movie somebody compares the telling of the joke to jazz musicians, and specifically to John Coltrane. And not too much later, somebody else mentions Coltrane.

And I thought okay, that’s interesting. I wonder, would anybody else like to draw a comparison between

a. John Coltrane burning through your soul with ‘A Love Supreme’ or “My Favorite Things”

b. the guy from Full House telling a joke about shitting and fucking a dog and raping little kids

Anybody? No? Nobody wants to get to strike three? Okay, good. You know what’s best for you, I guess.

So the movie didn’t strike out and I would recommend this picture. Unless it sounds bad to you, in which case you shouldn’t bother. I don’t give a shit, man.

p.s. it is probaly better with a large audience. I was at a sparsely attended matinee I saw where one guy was laughing his ass off and kept clapping, making me uncomfortable. Is it just me or is it kind of weird to clap when there’s nobody there? I mean it’s not like the director is there, it’s not like Tim Conway is there, it’s not even like the ventriloquist dummy is there. And it’s not some big communal experience where we have all been cold cocked by a surprisingly great movie and we spontaneously explode into applause as an expression of our shared delight.

or maybe we did and I just missed it I don’t know.

“G.G. Allin and the Murder Junkies.”

standup
This entry was posted on Sunday, August 21st, 2005 at 1:33 pm and is filed under Comedy/Laffs, Reviews. You can follow any responses to this entry through the RSS 2.0 feed. You can leave a response, or trackback from your own site.

One Response to “The Aristocrats”