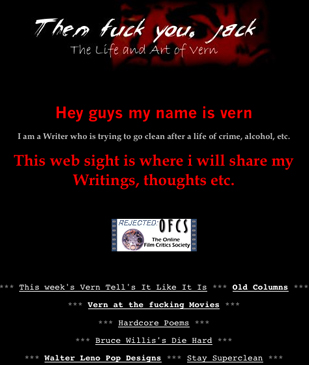 HEY GUYS MY NAME IS VERN, some people call me Outlaw Vern on account of my email address. I’m a film critic who plays by his own rules. I started in 1999 and I got better at it over the years, so I’m sorry if you find some sucky ones in the archive. I keep them there out of honesty.

I hope you get some laughs here, but I take film criticism and appreciation seriously. I write about all kinds of movies but my primary interest is the films of Badass Cinema. My main goal is to promote smarter, more in-depth studies of disrespected genres like direct-to-video action. 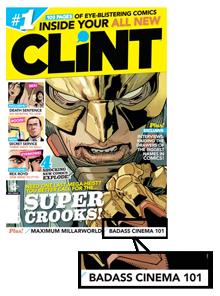 I wrote on The Ain’t It Cool News for many years. My reviews and essays inspired a wrestling challenge, an appearance by Bruce Willis and a guy defending sex with the animals. So it was interesting.

I had a monthly column called Badass Cinema 101 in CLiNT Magazine. I thought it was gonna be about Clint Eastwood but it’s actually a comic strip anthology magazine by this guy Mark Millar. For some reason they also let me write in there. Then somebody must’ve got sick of it because they cancelled the magazine.

CasinoOnlineCa offers one of the most popular online casinos in the world. They have reviews of all the Canadian online casinos Canada has so far, which make sure they give you facts of all the reputable and legal operators. Like to recommend the top 10 best Canadian online casino websites, each of them played exceptionally well across multiple review standards. It’s important for you to take a look at all the reviews before deciding which one to use. Read reviews on this website www.casinoonlineca.ca.

1. flipping off Dick Cheney when his limo drove by me one time

Here’s my author page on Goodreads

in reverse chronological order, like IMDb
Ask for them at your local bookstore or you can follow provided links if you want 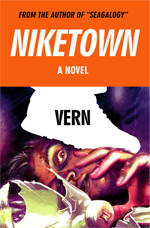 This is my first fiction book, sort of a crime novel meets social satire about a guy who gets out of prison and tries to straighten out his life and find his missing brother but instead gets in a few fights and eats at a bunch of fancy restaurants. Hard to explain. I swear it’s good though.

available in book form from Createspace

or various electro-books from Smashwords

also has it in real book or fake Kindle book

Seagalogy: A Study of the Ass-Kicking Films of Steven Seagal, Updated and Expanded Edition 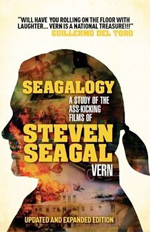 This is the most up-to-date version of my masterwork, a thorough and sincere analysis of Steven Seagal’s entire career, including movies, TV shows, blues albums, energy drinks, etc. Mostly movies, though. 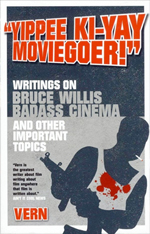 My best-of collection of movie reviews and essays and shit. Covers everything from Die Hard to Garfield to Alejandro Jodorowsky’s The Holy Mountain. 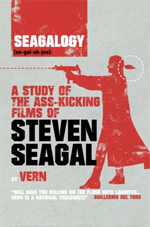 The greatest and most important work of film criticism ever conceived, even before I added 11 new chapters four years later. In some ways this could be considered better because the updated one might be just too powerful for some people to even look at. 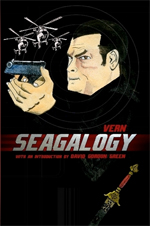 Dr. Dre started out selling N.W.A. tapes from the trunk of his car, Rudy Ray Moore did the same thing with his first Dolemite records. I started by self-publishing my shit print-on-demand. If I remember right there were about 200 of these printed. I never expected it to go beyond that but luckily a gentleman from Titan Books read it, liked it, and the rest is obscure film book history. (see above)

5 On the Outside: Vern’s Writings on the films of Cinema
published in 2004 by Lulu

For the 5 year anniversary of my original websight geocities.com/outlawvern I put together a collection of my favorite reviews. Chapters include “Weirdos, Creeps & Perverts” and “The Films of Rob Cohen.” The introduction is by Jill Cozzi. The rebuttal to the introduction is by me. The cover design is a rip-off of the poster for a blaxploitation movie I’ve never seen called Brothers. The cop in the lower left hand corner is this asshole who drove his motorcycle right into a crowd of war protesters, so I took a picture of him. Drew McWeeny got me the quote from Guillermo del Toro, which Titan still uses on all my books. Sorry about that, del Toro. You directed Blade 2 so your quote is important to me in my opinion.

Yippee Ki-Yay Moviegoer is a better book because I had more to work with, but it was very gratifying to me to see my writing in what looked like a real, actual book with pages and everything.

IN THE FUTURE I intend to take my writing to the next level. I don’t know what that is though because I’m still on this level and down here they try to keep you from knowing things about other levels in order to crush your spirit and keep you under their thumb. If you would like to pay me to write a movie, a novelization, a column or a birthday card I’ll fuckin do it. Don’t test me. Send money.