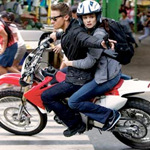 (And I thought they were wrong, based on the reviews I’d heard. I know at least a couple of you guys hated it, and I assumed not many went to see it. But I just looked it up and it turns out it made more money than they expected it to and they might do another one.)
END_OF_DOCUMENT_TOKEN_TO_BE_REPLACED 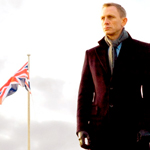 Daniel Craig has returned as Ian Fleming’s 007 James Bond on the occasion of the 50th anniversary… not of the first book by Ian Fleming, or of the first movie adaptation (the 1954 TV version of CASINO ROYALE) but of the first theatrical movie DR. NO. Don’t hate me for this, but to be frankly honest I’m kind of tired of hearing about these movies these last few weeks. I mean, they’re fun, I like most of the ones I’ve seen, but I guess having not really grown up on them like alot of boys do I just don’t have that connection to them and don’t know how to flip for them. I’m not trying to rain on your piss or whatever the saying is, I just want to mention this so you’ll know why I’m so off the mark in not agreeing with the conventional wisdom that this is an especially great 007 picture. To me it just seems like another Daniel Craig James Bond, but that’s good enough. I like it.
END_OF_DOCUMENT_TOKEN_TO_BE_REPLACED