Vern is sympathetic to those in ZOO – the yearnings, the love… the bestiality. 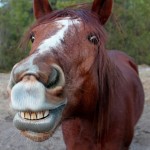 ZOO, directed by Robinson Devor, is a movie you might’ve heard of when it played Sundance last January. For some reason it had a very limited theatrical run, it was not really given the same chance a SPIDER-MAN or a SHREK would get to catch on with the public, but fortunately THINKFilm releases the DVD September 18th.

I really liked Devor’s first movie THE WOMAN CHASER. That one, COCKFIGHTER and MIAMI BLUES are the only movie adaptations of my favorite writer, Charles Willeford. Patrick Warburton is so good playing a bored used car salesman turned desperate embezzler/nihilistic independent filmmaker that I have a hard time not picturing him as the lead in other Willeford books as I’m reading them. I can’t recommend that movie enough, but unfortunately it’s never been released on DVD, and good luck finding the VHS. END_OF_DOCUMENT_TOKEN_TO_BE_REPLACED