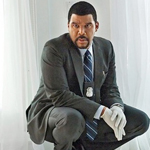 I’m not saying this is a good or even passable movie. It seems more like a fake parody movie from within another movie or a TV show than an actual thing that professional people would purposely make and release. But I mean that as a compliment. This is some awesomely stupid bullshit right here. You will like it. Or at least I did.
END_OF_DOCUMENT_TOKEN_TO_BE_REPLACED