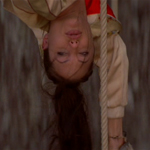 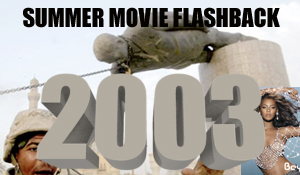 As you know I am a scholar of the Big Summer Popcorn Movie, or whatever you want to call it. And I not only like to review the new ones but I like to look back at the old ones and figure out what’s what. We’re getting to the end of the summer movie season (which I consider to be May through August) but now that I’ve finished The Super-Kumite I think it’s time to start a new summer movie project. Fuck you, September. You don’t scare me.

It turns out I dig these LARA CROFT TOMB RAIDER movies. Maybe if I’d seen them at the time, on the big screen, as if they were gonna compete with the A-list summer blockbuster type movies, I would’ve been more critical of them. But ignoring them for ten years and then deciding to watch them out of curiosity really pays off I think. Sometimes you gotta let these things age in the cellar for a while. END_OF_DOCUMENT_TOKEN_TO_BE_REPLACED

JOHN CARTER is your typical Civil-War-veteran-transported-via-magic-cave-to-Mars-to-fall-in-love-with-a-princess-and-fight-a-war tale. I mean, how many movies can we have on this topic?

Oh wait, I was thinking of can-you-fuck-your-friend-all-the-time-and-not-fall-in-love romantic comedies. That’s the more common one. The civil war veteran on Mars deal is not that big of a genre this year, and this new (partly) live action take from Disney might be the last one. It’s not shaping up to be the smash hit required to make back its big budget, and the box office trainspotters are already giggling and high-fiving each other as they dig it a shallow grave in an unused lot behind Space Mountain. That’s too bad, ’cause it’s a hell of alot of fun.
END_OF_DOCUMENT_TOKEN_TO_BE_REPLACED

Almost exactly 5 years ago when they released the first GHOST RIDER picture (directed by the writer of the GRUMPY OLD MEN pictures) I thought it looked so hilarious that I couldn’t help going to the first showing. I remember it was before noon at an AMC theater on a Friday, which I discovered was their window for what counts as a matinee, so it cost 5 bucks. Good deal, but small consolation for the unfortunately boring movie and the guilt of having participated in making it a surprise hit even though nobody liked it.

So on Friday I found myself facing down part 2, this time from Nevildine/Taylor, the giggling-camera-wigglers-on-rollerblades legally and morally responsible for CRANK and GAMER. Against 22 different styles and colors of better judgment I found myself compelled to the first showing of this one too. The matinee costs 6 bucks now. But that’s fair – it’s at least a dollar more enjoyable than part 1. Probly $1.50 even. END_OF_DOCUMENT_TOKEN_TO_BE_REPLACED