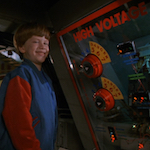 On the 4th of July weekend in 1991, a whole lot of people went to see part 2s. #1 at the box office was the brand new game-changing action masterpiece TERMINATOR 2: JUDGMENT DAY. #2 was the previous week’s big new release, NAKED GUN 2 1/2: THE SMELL OF FEAR. And then down a couple slots at #5 was the only movie released against T2, Universal’s PG-13 rated kiddy comedy sequel PROBLEM CHILD 2.

P2 would go on to gross an okay $25 million and be #54 at the year’s box office, above such part 2s as FX2, HOUSE PARTY 2, THE NEVERENDING STORY II: THE NEXT CHAPTER, AN AMERICAN TAIL: FIEVEL GOES WEST, HIGHLANDER II: THE QUICKENING, MANNEQUIN: ON THE MOVE, KICKBOXER 2: THE ROAD BACK and BEASTMASTER 2: THROUGH THE PORTAL OF TIME. If there’s one movie on that list that’s worse than PROBLEM CHILD 2 it’s MANNEQUIN: ON THE MOVE, and I’m not so sure about that. END_OF_DOCUMENT_TOKEN_TO_BE_REPLACED 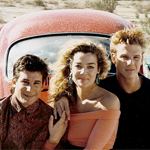 The clip was a very brief and strange uncredited cameo Cage did in the 1989 straight to video sex comedy NEVER ON TUESDAY. It had never made it to DVD because the company that had planned to went out of business first. I’d never seen it even though it’s the first movie from a director I like, Adam Rifkin (PSYCHO COP 2, THE LAST MOVIE STAR).

It’s great that we have the technology to easily share shit like this, but I’m old school so I waited to watch the whole thing. When I checked Amazon it was listed as “currently unavailable” on both VHS and Prime streaming (which I don’t get anyway), but luckily we’re still holding on to Scarecrow Video here in Seattle, so I rented the tape. I’m glad I did!

END_OF_DOCUMENT_TOKEN_TO_BE_REPLACED 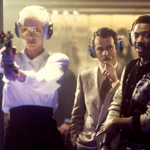 In Seattle we have this big music and arts festival every Labor Day weekend called Bumbershoot. This year I was waiting in line for one of the bands that was gonna play when a guy near me was looking at his phone, he says, “Eddie Murphy died!” I couldn’t believe it. It seemed like he was talking to somebody that was with him, then I realized he was by himself, just sharing this shocking news with the crowd. It used to be you go to an all day event like this and you’re off in a separate world, you don’t know until you get home that something blew up or somebody got killed or something. Now everybody knows, word spreads.
END_OF_DOCUMENT_TOKEN_TO_BE_REPLACED