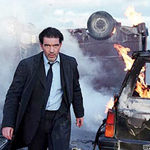 So nice they named it twice for some reason? I actually was always curious to see what this BALLISTIC: ECKS VS. SEVER movie was all about, so those of you who voted it up in the SUGGESTIONS gave me that nudge I’ve been needing for years.

Antonio Banderas plays Jeremiah Ecks, an ex-FBI agent who went deep undercover and faked his death but also thought his wife was dead but she wasn’t but now he’s retired but they come to him and say his wife is actually alive and he should help them go after this kidnapper Sever (Lucy Liu) because she knows where his wife is. She took the son of innocent Talisa Soto (MORTAL KOMBAT) and rich asshole Gregg Henry (PAYBACK) and she keeps him in a big metal cage in a Batcave type underground lair but she seems to like him because she brings him cafeteria lunch trays loaded with good food like home made macaroni and cheese, Jello and Ding-Dongs, and he says “Thank you” politely. END_OF_DOCUMENT_TOKEN_TO_BE_REPLACED 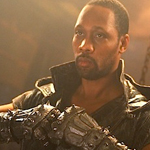 Directing a kung fu movie, though, is something he’s been trying to do since at least the ’90s, when he started filming a super hero martial arts thing called BOBBY DIGITAL. END_OF_DOCUMENT_TOKEN_TO_BE_REPLACED

LUCKY NUMBER SLEVIN is slick, clever, full of gimmicks and smart-alecky dialogue somewhere between ’90s post-Tarantino and some old Fred MacMurray in DOUBLE INDEMNITY type banter. All of these things can really rub you the wrong way, and the more of these qualities present at any given time the more likely the wrongness of the rubbing. For me personally the rubbing was aligned properly for most of this movie, but it often seemed on the verge of pulling a 180 at any moment. So I can definitely see how you could watch this and just hate it if you were facing the wrong direction. END_OF_DOCUMENT_TOKEN_TO_BE_REPLACED 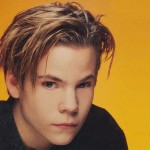 Here’s a small time crime picture for you, never got much attention as a child but grew up to be a pretty good movie. It starts out with Timothy Hutton stealing a car (very believable hotwire scene here with actual hammering of the dashboard, not just pulling some wires out) then going to pick up his partner for a job. They eventually get together their crew for a jewel heist, it consists of Timothy Hutton, his older brother Roy Egan (Harvey Keitel), Jorge (some guy I thought I recognized, but turns out he was only in a handful of movies before he died) and an obnoxious hotshot jackass named Skip, sort of a Stephen Dorff type (Stephen Dorff).

There is a pretty strong Richard Stark feel to this for a while as they prepare their heist. No funny stuff, no fancy talk, just straight business and some primal percussion type soundtrack shit to get your heart beating. Everything goes smooth actually until after the heist when this fucker Skip decides to shoot everybody, burn down the motor home and take off with the boodle. Fucking asshole! So the rest of the movie is about Roy trying to find and kill Skip, Skip trying to have Roy killed before he finds him. Very simple. That’s what I like. END_OF_DOCUMENT_TOKEN_TO_BE_REPLACED 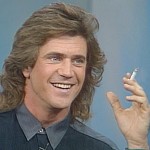 Well in late December as I was preparing to face down the ol’ Y2K problem I got to thinking about the old Mad Max and Road Warrior movies I used to like so much, and that got me thinking about Mel Gibson, the young Australian actor who played Mad Max.

Well okay, I admit that Mel hasn’t amounted to as much as we as a society thought he would back in those days, but that doesn’t mean you can Write the man off entirely. I know what you are thinking, this dude hasn’t done shit since Mad Max so just forget about him. But sometimes even after he’s considered washed up by the general public an actor or actress is still putting out high quality type performances with little recognition. END_OF_DOCUMENT_TOKEN_TO_BE_REPLACED 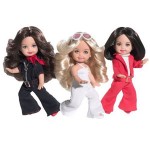 This week friends ol’ Vern has a few things he has to get off his chest. A little bitchin and moanin is what I gotta do. So let me run through a few of these points about how, you know, everything is all a bunch of horse shit, etc.

First off, last Tuesday was Halloween. And I want to know why you motherfuckers decided it was cancelled. I’m driving along at 7:45 pm, it’s been dark for more than hour and I don’t see a jack o’lantern, I don’t see a trick or treater. I don’t even see those little fuckers smashing my pumpkins. All I see is churches and schools with signs that say “Harvest Festival. Games and Food. October 31st.” END_OF_DOCUMENT_TOKEN_TO_BE_REPLACED