A Glitch in the Matrix 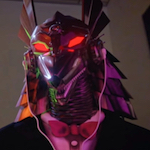 A GLITCH IN THE MATRIX is this year’s documentary from director Rodney Ascher, known for that THE SHINING thing, ROOM 237, and that sleep terrors thing, THE NIGHTMARE. I haven’t actually seen those, so I knew him from the 2001 DJ Qbert animated movie WAVE TWISTERS, which he was an editor on. That film’s co-director Syd Garon is the animation director for this one.

It’s about people who believe in various forms of simulation theory – the idea that whoah, what if, like, life isn’t real we’re just, like, some dude playing a video game? I don’t think depiction equals endorsement here. Ascher just thinks it’s an interesting idea and/or group of people, probly. Otherwise he’s a guy in a video game making a movie-within-a-video-game about maybe he’s a guy in a video game. (Actually, one interview subject does say that.)

It’s a really cleverly put together documentary – I wish more of them would invest this much energy into visual invention. “Witnesses” are interviewed over Zoom and then replaced in the footage with animated characters – robots, lion men, aliens with big brains inside glass domes – but still talking over Zoom from their ordinary homes. At first I thought these were fetishists insisting on communicating through avatars, before realizing it’s a conceit of the movie to depict reality as simulated. So people look like video game type characters, exteriors are from Google Street View, a whole sequence is animated in Minecraft. The stories and concepts they discuss are illustrated with computer animation, sometimes crude, but generally with aesthetics in mind – they generally hit a sweet spot between acknowledging absurdity and riding some kind of retro cyberpunk wave. END_OF_DOCUMENT_TOKEN_TO_BE_REPLACED