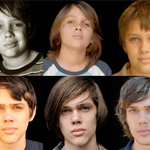 The result is a movie as impressive as it sounds and much more involving. It still has that day-in-the-life feel, it’s just that it’s a whole bunch of days spread out across years. You know what, maybe alot of you other directors are just rushing things. Where’s the fire, man? Take the time to let your actors grow up on camera. Don’t be lazy. END_OF_DOCUMENT_TOKEN_TO_BE_REPLACED