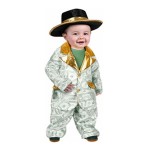 No, seriously. The one and only Vern has returned with a new review of the seemingly in-limbo animated film, LI’L PIMP. Dig in:

Dark days have descended upon the Vern compound here in the bright blue upper left corner of the American map, and they hit me like a basketball to the nose. Just sitting here naively preparing for one of them ewok celebrations they used to have. Fireworks shootin off everywhere, a bunch of little dudes dancing around playing drums on Homeland Security helmets. I was high off publishing my first book and was feeling real optimistic. I felt the world was gonna change for the better and I looked fondly forward to the future, to a day when my fellow countrymen and women could hold their heads high and swell their chests with pride. Also to BLADE 3 next month.

Then, not sure what happened, somewhere around November 2nd or 3rd I just plunged into a bottomless funk. Not the good Clyde Stubblefield kind. The bad kind, where you’re sad and crap. The kind where you stumble around aimlessly and start behaving strangely. Maybe you watch GARFIELD and write a bizarre, rambling essay about it, to name one example. Who knows what could happen while you are in this state of the blues. END_OF_DOCUMENT_TOKEN_TO_BE_REPLACED