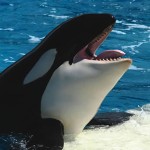 A coming of age story about a young girl hardly seems like Vern’s cup of tea, but I’ve met this guy. He may be an ex-con, hardened by his years on the road and in the pen, but he’s got a soft spot a mile wide. It’s one of the things that makes him such a good read:

First of all let me say that this is not about some guy riding around on a whale. I thought maybe it would be some dude who travels from port city to port city helping people, solving problems, delivering goods, etc. I don’t know if maybe he would be on the run for a murder he didn’t commit. Or maybe if it was Seagal he would be an ex-CIA whale rider fighting corruption using his special spook skills, while riding a whale. That’s not really what the movie is like though. If that’s what you’re expecting this may be your biggest disappointment since LAST OF THE DOGMEN. END_OF_DOCUMENT_TOKEN_TO_BE_REPLACED