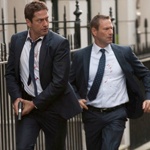 In my day a movie had to excite somebody’s imagination to get a sequel. Now it just hast to be the one of two similar bad movies that gets more money because it came out first. END_OF_DOCUMENT_TOKEN_TO_BE_REPLACED 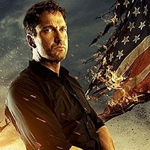 OLYMPUS HAS FALLEN is a watchable but instantly forgettable throwback to a subgenre I miss, the glossy ’90s studio action like IN THE LINE OF FIRE and UNDER SIEGE. I mean it’s not a studio movie – it was made by the until-recently-DTV sausage factory Millennium Films – but it sure seems legit with its respectable cast of Aaron Eckhart as the President, Ashley Judd as the First Lady, Academy Award winner Morgan Freeman as the Speaker of the House  (a demotion from DEEP IMPACT), Academy Award nominee Angela Bassett as the Secret Service director, Academy Award winner Melissa Leo as the Secretary of Defense, Golden Globe winner Dylan McDermott as… some other type of White House guy. Lending whatever action movie credibility they can muster are 300’s Gerard Butler as the hero, PITCH BLACK’s Radha Mitchell as the hero’s wife, THE MAN WITH THE IRON FISTS’s Rick Yune as the villain, and PAPARAZZI’s Cole Hauser reprising his A GOOD DAY TO DIE HARD role as Agent Who Gets Killed Early On. END_OF_DOCUMENT_TOKEN_TO_BE_REPLACED

Every nerd and his uncle has two or more ideas for a zombie movie these days. And even the uncle got kind of sick of hearing about zombies two or three years ago. But as far as George A. Romero creations go, aren’t crazies more relevant than zombies anyway? Coming back from the dead is kind of a quaint 1960s problem in my opinion. Today we worry about ordinary people, people in our neighborhoods and families, suddenly turning nuts on us. We look at them and we can tell something is wrong, something is different, and we don’t really know why but it might be caused by some military fuckup. And there is no reasoning with these crazies. They are not our friends and loved ones anymore. That’s why a crazy is better than a zombie. END_OF_DOCUMENT_TOKEN_TO_BE_REPLACED

Vern’s Been To SILENT HILL!! 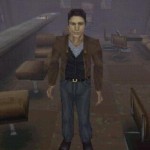 And so has Quint and, to my great pleasure, so have I. I’m not sure when Quint’s going to write about it, or even if he is, but I’ve got some things to say, and I’ll do my best to get them on paper before I head to bed. For now, though, here’s the one and only Vern, and he and I are really in tune today, since he seems to have reacted much the same way I did:

I’m not gonna lie. If you’re reading this, you probaly shouldn’t see this movie. I’m betting 95% of you who do are gonna hate it. At the screening I saw it at, people were laughing and loudly criticizing (and for some reason one crazy dude was naming the makes and years of the cars parked on the streets). The people I saw it with, who were more polite, said it was a huge pile of shit.

And in some ways they got a point. The dialogue in this movie is terrible. (Apparently that wasn’t Roger Avary’s job on PULP FICTION). It’s best when it’s just about running around facing creepy obstacles. The more it gets into plot and conversations, the more it loses its momentum. It’s pretty muddled and confusing and has an awkward explanatory narration near the end and like most of the movies by this director, the frenchman Christophe Gans, it’s probaly too long. (By the way, I looked it up and Christophe Gans is NOT Chris Gaines, that famous singer who looked exactly like Garth Brooks but with a soul patch. I know, I thought so too but let’s clear up that misconception right here.) END_OF_DOCUMENT_TOKEN_TO_BE_REPLACED