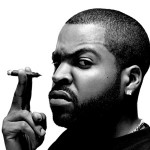 Limp Biscuit singer Fred Durst, who makes his directorial debut with THE LONGSHOTS, turns out to be a natural born director. I was surprised when I read somewhere that David Fincher was mentoring ol’ soul patch, bringing him on the set of ZODIAC and showing him the ropes. I think Durst almost took over for Fincher on LORDS OF DOGTOWN before Catherine Hardwicke did. There were a bunch of false starts but now that he’s finally made one it’s clear that the man has some serious directational chops, it seems he was born to direct movies. Let me be very clear, this is what Fred Durst was put on the planet for. This much is certain now.

Now that I’ve said that I’m just gonna talk about what the plot is and stuff, things that Fred Durst already knows, so if he is reading this he can stop now. END_OF_DOCUMENT_TOKEN_TO_BE_REPLACED