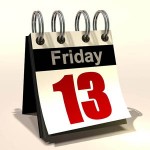 JASON X is the future of slasher franchises left over from the ’80s, and not just because it’s about Jason Voorhees being frozen and defrosted in outer space 450 years later. No, this is the future because it finally figured out a good approach to keeping these stupid characters going. This isn’t trying to update things by infusing the same old crap with last month’s stale gimmicks. See for example the upcoming Blair Witch/webcast Halloween picture you see advertised before JASON X (although I do like seeing Buster Rhymes say “Trick or treat motherfucker!” – wouldn’t he make a better Dolemite than LL Cool J?)

No, this one works because it works as a genuine dumb slasher movie, as a parody of one, and as some weird pop culture accident where a familiar series got thrown into the wrong genre unexpectedly. It’s a more consistent attempt at the BRIDE OF CHUCKY approach to modern slasher sequels. Take the character and cliches from the earlier sequels, put them in a way more ludicrous situation (and it really is WAY more ludicrous in this case) and have fun.

Of course the look of JASON X is much cheesier than BRIDE OF CHUCKY because it doesn’t have oscar winning cinematographer Peter Pau. But it does have a few good digital effects (mostly in the opening credits sequence which takes place inside Jason). I heard a rumor that it was shot on the same digital cameras used for VIDOCQ 1 and STAR TREK 2 and EL MARIACHI 3, but if it was you couldn’t tell by looking at it. All you could tell was that it was shot in Canada.

In the earlier Jason pictures, I think the filmatists were taking things more seriously than the audience. I know there are a couple of nutballs out there who enjoy these movies straight up but clearly the vast majority of people who go to see them go in and laugh at the fancy new tools Jason manages to find laying around somewhere and use for mutilation. The filmatists may or may not have been aware of this fact but if they were they never let on, treating the situations like the audience might actually be scared by them.

Well now what you have is a situation where the filmatists KNOW what they’re doing is a load of horseshit, and they take full advantage of that. Some of the audience though is now taking it more serious than the filmatists. For example I know a group of film geeks who passed around a bootleg vcd of this months ago, and they all said it was a piece of shit, an aliens ripoff, etc.

The beauty of it though is that it IS an Aliens ripoff, where instead of hunting an alien the space troopers are hunting good old Jason, and evil scientists are curious about his “regenerative powers” because he always comes back to life at the end of each sequel, and during one of the ol’ gratuitous tit shots, the nipples fall off because the girl is a robot. I mean how could you not get a kick out of that type of shit? I’m glad I waited to see it as it was meant to be seen, on the big screen, with digital sound, in a nearly empty theater. And I have to wonder what in fuck’s name those knucklehead friends of mine were hoping to get out of a movie about Jason being cryogenically frozen and reanimated in outer space.

Well let me tell you what you do get. You get all the cliches of the series, but updated for the future. So instead of him stalking a teen summer camp, he’s stalking a spaceship of teen science students. (At least I assume they’re supposed to be teens, since they don’t look like teens, and neither did the ones in the previous movies.) For his trademark Creative Kills he takes full advantage of modern technology, freezing a woman’s face and shattering it, mutilating people in virtual reality, even spinning somebody around a giant drill bit. (I guess that’s not modern technology, but it is on a spaceship.)

The screen scripters musta Wrote a list of all the cool things you could do with Jason in the future that you couldn’t do in the present day. So he gets to fight a robot, and punch off her head. He manages to chop a kid’s arm off even while he’s frozen, and the kid gets it reattached. He goes into virtual reality, he gets turned into a cyborg (called Uber-Jason on the credits), he punches through airlocks, gets sucked out and flies through space. They mention that he has a body count of over 200, but he must at least triple that when he effortlessly destroys a city-sized space colony.

He still has a weird thing about sex, and there are alot of jokes about that. When his body is being dissected by futuristic science students, two of them start making out right next to him, and you fucking KNOW that’s gonna be trouble. They eventually leave to have sex somewhere else but it’s their orgasmic sounds that magically bring the big guy back to life.

The filmatists also have a good time with the backstory, the references to what happened between this movie and the last one. You find out that Jason was somehow caught, and repeatedly executed, to no avail. Man that will be great to show in one of the many upcoming sequels or prequels. You know what New Line Cinema, why don’t you hire me to Write a prequel called THE TRIAL OF JASON VOORHEES? Now that would be a great fuckin movie. “Mr. Voorhees, one more mutilation like that and I’m holding you in contempt of court!” I would NOT want to be in that jury. I can’t really see Jason working with a team of lawyers, either. And obviously he didn’t have Johnnie Cochran or he would’ve gone free. I wonder what would happen if he represented himself?

There’s alot of funny shit in here in my opinion, and the two howlers in front of me definitely agreed. The real crowdpleaser is a brief sequence near the end that parodies previous Jason pictures. I won’t give it away but I liked it even better than the opening of JASON VS. THE MUPPETS OF HELL where the naked chick in a towel that Jason tries to kill turns out to be part of a sting operation setting him up to get blown to shit by a SWAT team.

Anyone who ever enjoys this kinda crap, please go see it. You will not be disappointed. Definitely my favorite in the series although I also enjoyed the 3-D one.

David Cronenberg in space James Isaac Kane Hodder slashers Todd Farmer
This entry was posted on Saturday, April 27th, 2002 at 7:07 pm and is filed under Horror, Reviews, Science Fiction and Space Shit. You can follow any responses to this entry through the RSS 2.0 feed. You can leave a response, or trackback from your own site.