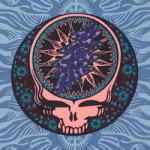 What this is is Bob Dylan’s son decided to direct a completely retarded pot comedy starring Method Man and Redman. Now those names may sound like a couple of cartoon comic strip heroes but really they are just two rappers who found that music was too limited a form of expression to communicate their message. Now they are speaking in the language of Cinema, and the dialect of Friday.

Or that’s what they’re trying I think. The mentality is more along the lines of worthless attempted-comedy garbage like Revenge of the Nerds and Jay and Silent Bob Strikes Back. This is one of those movies where established adult music stars are playing teenagers, like House Party or Purple Rain, the movie where Prince is driving around on a motorcycle wearing fluffy scarves and purple leather coats with tails, but still lives with his parents. This is also one of those movies where the stuffy college dean and rich boyfriend and nerdy hall monitor dude either a) are the butt of some outrageous joke and they get so mad steam practically starts sprayin out their ears or b) get stoned, lose the starch from their collar and show that, believe it or not, they really know how to party!

Along the way don’t be surprised if people who are races other than black (i.e. white, asian, etc.) try to use ebonics, but fail.

The plot is about how Method Man is a genius at growing different kinds of pot which can be smoked to cure many ailments homeopathically. Then one day his educated friend Ivory catches fire and dies, so instead of just pouring one on the curb he decides to grow one out of his ashes. The result is the Ivory plant, which when smoked contacts the ghost of Ivory so that he can give you answers if, say, you and Redman are taking a test to get into college.

Next thing you know Redman and Method Man are going to Harvard, using the pot ghost to help them on tests, but otherwise acting like Method Man and Redman. Sample joke: they crash their car into the Harvard sign. I mean who knows what these guys will do!

Now this may surprise you but I never went to Harvard. Please take a moment to let that sink in. Anyway I don’t know for sure but I think this is probaly the most realistic depiction of Harvard life since AT LEAST Legally Blonde. Redman and Method Man both have specific women they are after and of course there is the captain of the boat rowing team to contend with. And you fuckin KNOW that guy is gonna get a wacky comeuppance! I can’t wait until you see it.

I have tried to stop using the adjective retarded, out of sensitivity to retards. Unfortunately there is no other way to describe the stupidity of this movie. In a way it is much stupider than Jay and Silent Bob but I enjoyed it alot more, because it seems like Method and Red men have no illusions that they are making even a competent movie, and are only trying to make a home video that they will be able to laugh at with their friends later when they are stoned. I mean I already told you the premise so you can imagine, this is a script that was either Written in one night at a party and/or bar, or that was never Written at all. Most of the jokes that made me laugh were the ones that were so fuckin stupid I couldn’t believe they actually used them. Like for example the dean’s last name is Cain, so he is always referred to as Dean Cain. Which is some guy who played Superman on tv. That’s why it’s funny. The other things that made me laugh are just completely random touches like the cameo by Mike Epps and some other dude as a pimp and “assistant pimp”, or when Redman worries that they are running out of Ivory to smoke and Method Man says “We’ll just dig up some smart motherfucker and smoke his skeleton ass.” (Next thing you know they are putting a decomposing hand into a blender, and you have to admire the length these rappers will go to make themselves and their friends laugh.)

They even got Spalding Gray to do a cameo as the African-American History professor, which is pretty weird. I guess it’s because it’s from Jersey Films, “the acclaimed producers of Get Shorty and Erin Brockovich” (that’s what it says on the box to the screener I watched).

Anyway, yeah, this movie is terrible, and all you fuckin potheads will probaly enjoy it. At least you’re not smokin cigarettes I guess.

Method Man Mike Epps Redman
This entry was posted on Wednesday, May 22nd, 2002 at 5:07 pm and is filed under Comedy/Laffs, Reviews. You can follow any responses to this entry through the RSS 2.0 feed. You can leave a response, or trackback from your own site.

One Response to “How High”