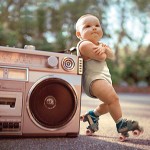 Vern is one of my very favorite Internet writers about anything, much less movies. A reformed outlaw who channelled his energy into writing about films after his last stint inside, he’s been a constant presence on the web for the last few years, and he’s got a voice all his own. Here he is with a look at the new documentary from the always controversial Nick Broomfield:

It has been a while since I’ve had my works printed on your page there (ain’t it cool news) but this time I got somethin that I think will move your heart. I know how much Tupac and Biggie Smalls mean to you young people today so I’m sure both of you are very anxious to see BIGGIE AND TUPAC, the new documentary about them from Nick Broomfield (who directed the Heidi Fleiss picture and maybe more in this vein, KURT AND COURTNEY). Because Tupac means to a young man like Harry or Moriarty the same thing Bob Dylan or Johnny Cash meant to their dads, only with more tattoos and brighter colored suits.

This is the story of Tupac and Biggie, who started as friends, then had a rivalry, then both were murdered in what was seen as the culmination of an “east coast, west coast” rap feud. It is told through photos, blurry archival video, but mostly Broomfield’s usual style of interviews, which often come as a surprise to the interviewees. He talks to many friends of the rappers, bodyguards, police, witnesses. The obvious reason why this is an important story: these are two of the biggest stars in music, they were murdered less than a year apart, and neither of their murders have been solved.

How is this possible? If Carmen Electra and some dude from ER got murdered, do you think they’d just let the case sit there and collect dust? I think the shooters would have their death certificates on Access Hollywood by the end of the week. But America doesn’t treat rap stars that way. David Letterman made fun of Tupac in his monologue for the days he sat in a hospital dying. And there’s a reason why they don’t want this case solved. More on that in five paragraphs.

Anyway, the movie. It starts by establishing a little background on Tupac and Biggie which might surprise you. You might know Tupac went to a fancypants high school for the performing arts – wait till you see the school, and the goofy white dude who became a father figure to him. Biggie went to a private school too. They say he was protected from the street violence he rhymed about, and his mom says that the guy who grew up in a “one room shack” in his lyrics musta been somebody else. His mom, Voletta Wallace, is the strongest presence in the movie – a smart lady with what sounds like a slight African accent of some kind, who talks lovingly about her son’s poetry and is able to round up some of his friends to talk to Broomfield. They seem like they would do anything for her, even talk about Biggie’s death.

Without her help, though, most people don’t want to talk. One of Biggie’s childhood friends talks to Broomfield in a grocery store, and claims that the stories about him selling crack aren’t true. I wasn’t sure if he was telling the truth or not. Either way, the movie argues that these two weren’t exactly the thugs they portrayed themselves as in their lyrics, but were definitely gifted men with magnetic charisma that drew people to them. But then there was that Suge Knight dude.

See, Suge Knight is the gangster turned football player turned CEO of Death Row Records, the label that signed up Tupac after he got out of prison. Suge is a gigantic guy with a gentle voice, known for smoking cigars, for decorating himself and his office red, the color of the Mob Piru Bloods he grew up with, and for maybe or maybe not hanging Vanilla Ice off a balcony to convince him to sign back the rights to “Ice Ice Baby” to the dude that actually wrote the lyrics. He made the brutal competition of the record industry literal, taking part in many beatings, extortions, threatening people, pissing into a champagne flute and making people drink it. So it’s not all that far-fetched when the movie argues that he may have orchestrated the murders of both Tupac (who he owed millions of dollars, and who was planning to leave the label) and Biggie (whose murder looked like a retaliation for Tupac’s, to draw the blame away from Death Row).

Believe it or not I know a thing or two about all this crap. For example the MC is the guy who raps, the DJ is the guy with the record player.

Actually, I do know a little bit – I saw WELCOME TO DEATH ROW, a documentary about the history of Death Row Records that pretty well proves it was funded by drug money. And I’m sure Harry and Mori have read LAbyrinth, the much more detailed book about these same murders, and how they tie into the LA Rampart scandal. It’s like a modern LA CONFIDENTIAL starting with a fatal road rage incident between two dudes who turn out to both be cops, and leading into the biggest scandal in LAPD history. The book centers on Russell Poole, head detective in the Biggie murder case, who is prevented from investigating ties between LA cops and Death Row Records, gets removed from the case, retires in disgust and joins Voletta Wallace in a lawsuit against the police (still pending). The book is being developed into a movie, and it could be a great one, but they’d need Billy Jack to help them or something because whoever made it would be harassed by the police and Suge Knight every step of the way.

BIGGIE AND TUPAC interviews Poole who (without the benefit of all the evidence in the book) argues his convincing theory – that both rappers were killed by police working for Death Row. This is his answer to the question I asked before, of how two high profile cases like this could stay unsolved for so long. But don’t think this is another KURT AND COURTNEY, which had a Kurt-Cobain-was-murdered theory that made you wonder, but didn’t really convince you. This one is well documented. There were plenty of cops working for Death Row. Two of them were convicted of a bank robbery (this fact apparently isn’t as widely known as it ought to be – it made much of the SIFF audience gasp). Another one, busted on smaller charges, is interviewed in the movie, and he reluctantly admits that cops working for Death Row had to overlook “certain things.” Later he even says, after alot of backpeddling and beating around the bush, that he believes Suge Knight arranged both murders.

It’s all very interesting, but this isn’t the shocking part of the movie. It goes deeper than that. What made my jaw drop was when they showed FBI surveillance photos of Biggie and the owner of his record label, the dude from MONSTER’S BALLS. It turns out the FBI was following them, spying on them, taking pictures of them. And remember, this was before 9-11 proved that it was our patriotic duty for us to give up all of our civil liberties in the name of freedom and democracy. This is when the movie gets real creepy. Broomfield tries calling the FBI agent who took the photos, who admits he was spying on the two, and won’t say what it was for, claiming it’s an ongoing investigation. Broomfield casually drops some astounding information that I hope someone will investigate further. He says there was a Senate subcomittee to come up with ways to stop hip hop. Most people don’t take it seriously when rappers compare themselves to the Black Panthers or Malcolm X or Martin Luther King, but apparently our government does. Because here they are spying on rappers, and creating a Cointelpro type program to create hostility among them. In fact – and I really wish there was more on this – the movie drops a complete shocker that, if true, means that the entire coastal feud, the reason why rap is considered dangerous, was actually caused by the FBI, because they thought rap was dangerous. You see, Tupac was shot and robbed in a recording studio one time. He said in interviews that strangers in prison told him didn’t you know? It was Biggie’s homey that shot you. This is what made Tupac hate Biggie and Puffy, claim he slept with Biggie’s wife, etc. It is the whole reason why east coast and west coast rappers started to hate each other and threaten each other’s lives.

But, according to Broomfield, those strangers in prison who gave that information to Tupac were working for the FBI, trying to create dissent among rappers.

I really thought this was a great documentary. Some of the poor quality video footage is hard on the eyes, but if it’s all you got it’s all you got. I saw another documentary about Tupac and I saw WELCOME TO DEATH ROW but this one is way better. Less talking head interviews, more interesting people, more new information. This kind of gives something away, but Broomfield even managed to interview Suge Knight in prison (a hilarious scene). Not surprisingly he won’t talk about Tupac, or give the rights to his music. But Biggie’s mom gave the rights to his music, so it’s halfway better than KURT AND COURTNEY. (Maybe Suge could give the rights for Tupac’s music on KURT AND COURTNEY, and Courtney could give the rights to Cobain’s music on BIGGIE AND TUPAC, and then we could… well, I guess that wouldn’t work.)

Now even if you don’t like rap music as much as me, Harry or Moriarty, this is a movie to see. It’s more of a true crime story anyway. Like all good documentaries, it has fascinating characters and settings, alot of laughs, and of course the emotion that comes from a movie about two people who died too young. (There was at least one guy in the theater crying, and even while you’re laughing you have a strong feeling of tragedy.) Broomfield isn’t like the Maysles brothers, or other documentationists who stay out of the picture. He’s more the Michael Moore type, the guy right there in the shot, wearing his headphones, trying not to look out of place as a scrawny british guy in the middle of the yard, looking for Suge Knight. This works for comic effect but it also helps him get interesting statements out of his subjects, when he tries to act naive.

So you get a great story about two really interesting people and the bizarre circumstances that followed them in life and death. Don’t worry friends you won’t be disappointed. Good job Nick Broomfield, and thanks for prying into this place where some people don’t want to look.

hip hop Nick Broomfield Tupac Shakur
This entry was posted on Monday, June 3rd, 2002 at 5:58 am and is filed under AICN, Documentary, Reviews, SIFF. You can follow any responses to this entry through the RSS 2.0 feed. You can leave a response, or trackback from your own site.

23 Responses to “Outlaw Vern Reports On BIGGIE & TUPAC From SIFF!!”